Canadians are terrific at crime. Crime writing, that is.  A group of my fav crime writers, the Mesdames of Mayhem, have just brought out their fourth anthology with a musical theme, called In the Key of 13.

Anthologies are exciting to read because they offer a buffet of  shivery delights ranging from comedy to thriller to noir.  No matter what your taste, there will be something to raise prickles on the back of your neck. 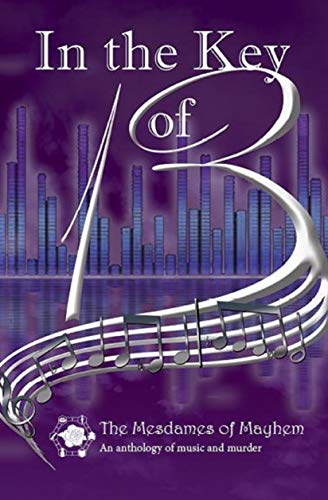 Nineteen writers, both established and award winning, and talented newcomers, have brought out a medley of music, mischief and murder against a backdrop ranging from Beethoven to Elvis, from comedy to thriller to noir.

M.H. Callway, for instance, in her story, “Brainworm”, relates how a worn-out caregiver is slowly and relentlessly driven mad by her conniving family. Another author, Rosalind Place, in “Bad Vibrations”, invents a cabal of disgruntled musical instruments determined to exact revenge on a hated orchestra conductor.  These are but samples of the inventiveness and variety that just might keep you up at night.

To find out all about the Mesdames, In the Key of 13, and their previous thrilling anthologies, click here.

The Mesdames are also the subject of a wonderful short documentary film by Cat Mills which probes into the fascinating and complex motivations of the many authors.  A female thirst for justice in a world often unjust to women seems to be a prime factor.

You can watch the Mesdames film, entitled “Mesdames of Mayhem” on CBC Gem or YouTube as well as Facebook or wherever else a search turns it up.

The Mesdames books are available on Amazon.ca and through Sleuth of Baker Street and selected bookstores.