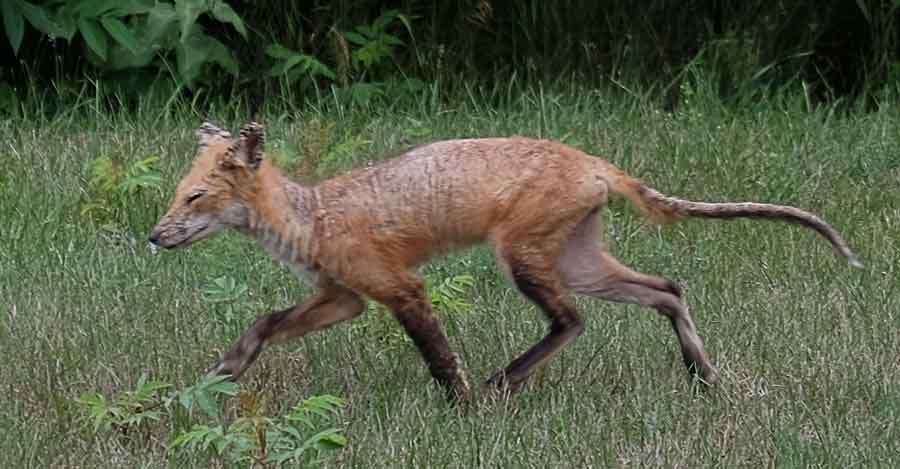 My neighbours and I first noticed her in winter trotting regularly across the edge of the yard and down into the woods.  She looked bushy-tailed and happy, a member of the neighbourhood. Spring came and she kept up her accustomed route, blithely ignoring us as she went on her way.

Then she began to change.  Her fur fell out, her naked ears grew scabby, crusts formed on her face and her eyes swelled almost shut. Losing weight, it was clear she could no longer hunt. She was too busy trying to scratch away the maddening itch. In the yard, she nosed openly around the bird feeders and fire pit in search of something to eat. We were watching the fox slowly being destroyed by mange. 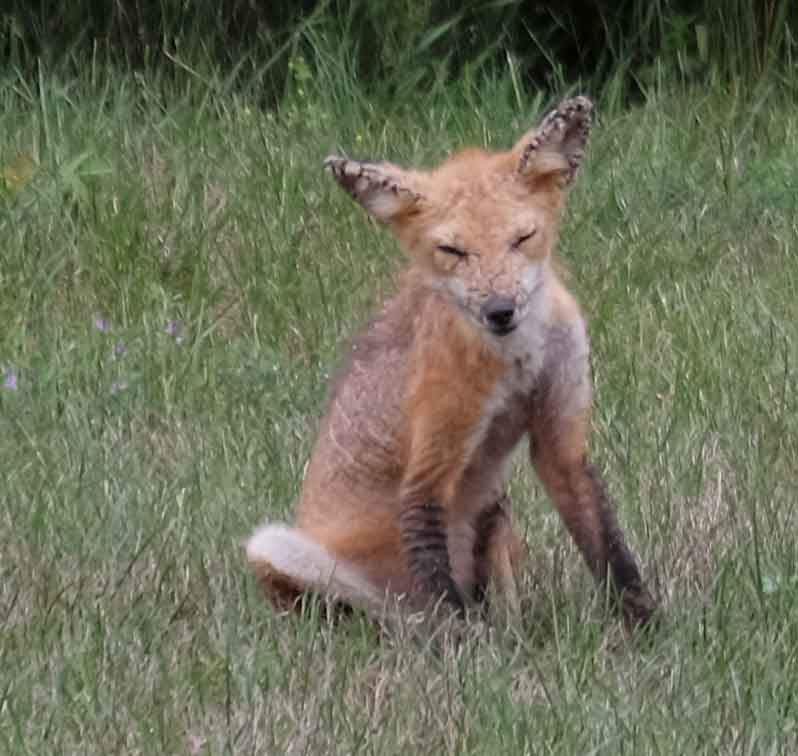 Losing hair, tormented by mange, our fox stops every few yards to scratch.

Mange is a parasite that burrows into skin, leaving thick gray crusts and making life for the host animal a torment. The Wildlife Centre advised us that animals with mange eventually die of starvation or exposure since they have lost their fur.  We were free to put the fox out of her misery and bury her using gloves and clothes that had to be carefully decontaminated afterward.

Not the news were looking for. We turned to our local animal rescue folks who cheerfully provided another solution: a box of frozen mice laden with anti-mange medication. Feed her these at regular intervals, the said, and the mange will go away.

Sick and unable to hunt, the fox loses all fear of people and hangs about for handouts from kind friends.

It wasn’t hard to feed her the medication. She was now fearless of people and eager for the handouts.  After gulping down the mice, her swollen eyes began to open and the scratching became less frantic.   Slowly, we watched our fox recover. Her hair began to grow back, her range increased again to the woods down the hill and the fields behind the barn.  After a while we would even meet her a couple of miles up the road traveling purposefully along the shoulder.

Of course she still visits frequently, coming within arm’s reach, lucking out on all the freezer-burned meat being cleaned out from the freezer.  There is no happier creature than a fox trotting down the side of the road with a whole supermarket chicken in its mouth. 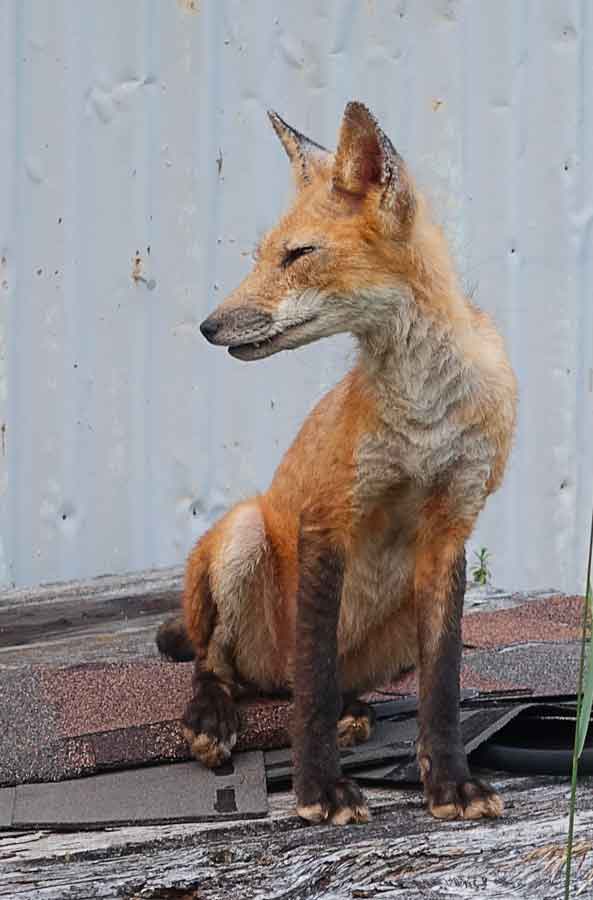 After mange medication, the fox starts getting her fur back, her eyes open and her confidence restored.

Our fox has a way to go to get all her beautiful coat back but she is free of mange and her ears are healing nicely.  As if to say thank you and show she can look after herself just fine, she appeared in the yard with a black squirrel in her mouth, proudly and recently caught. Perhaps she is doing her bit to protect the bird feeders.  We look forward to seeing her in her full winter glory. 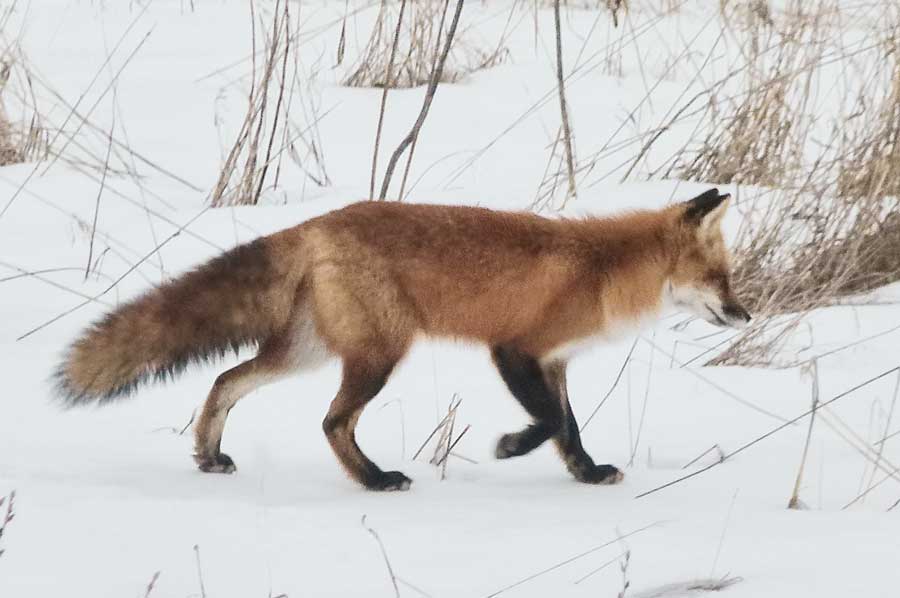 The fox in winter with full fur.  We expect to see her like this once again.

Meanwhile, another fox had started coming round, also showing signs of mange. This one bolts fearfully when anyone appears yet it warily slips back, keeping  a safe distance. Our fox must have put out the word that we’re running a mange medic station.

We have a box of medicated mouse frosticles for this one too.

One thought on “Saving Our Sick Wild Fox”